Breaking News - Beat the Coronavirus restrictions !
Online Therapy and Consultations in your own home now available - e-mail Peter now for details of our new Online Therapy

Obsessive Compulsive Disorder (OCD) is characterized by unwanted thoughts or behaviors that seem impossible to stop or control. OCD is an anxiety disorder where there are uncontrollable, unwanted thoughts together with repetitive, ritualized behaviors you feel compelled to perform. If you have OCD, you probably recognize that your obsessive thoughts and compulsive behaviors are irrational—but even so, you feel unable to resist them and break free.

Like a needle getting stuck on an old record, OCD causes the brain to get stuck on a particular thought or urge.

For example, you might suffer from uncontrollable compulsions, such as checking the stove 20 times to make sure it’s really turned off, or washing your hands over and over until they’re scrubbed raw. Or you might be troubled by repeating ideas, such as a recurring worry that you forgot to turn off the oven or that you might hurt someone.

Almost everyone has unpleasant or unwanted thoughts at some point, such as thinking they may have forgotten to lock the door of the house, or even sudden unwelcome violent or offensive mental images.

But if you have a persistent, unpleasant thought that dominates your thinking to the extent it interrupts other thoughts, you might have an obsession.

You may have recurring obsessive thoughts of a violent or sexual nature that you find repulsive or frightening and give you a fear of deliberately harming yourself or others – for example, fear you may attack someone else, such as your children. But they are just thoughts and having them doesn't mean you'll act on them.

Obsessive compulsive disorder (OCD) is a mental health condition where a person has obsessive thoughts and compulsive activity.

For example, if you’re afraid of contamination, you might develop elaborate cleaning rituals. Or someone with a fear of their house being burgled may feel they need to check all the windows and doors are locked several times before they can leave the house.

However, the relief obtained by carrying out the compulsion never lasts. In fact, the obsessive thoughts usually come back stronger. And the compulsive rituals and behaviors often end up causing anxiety themselves as they become more demanding and time-consuming. This is the vicious cycle of OCD.

OCD symptoms can range from mild to severe. Some people with OCD may spend an hour or so a day engaged in obsessive-compulsive thinking and behaviour, but for others the condition can completely dominate their life.

This pattern has four main steps:

It is possible to just have obsessive thoughts or just have compulsions, but most people with OCD will experience both.

Compulsions arise as a way of trying to reduce or prevent anxiety caused by the obsessive thought, although in reality this behaviour is either excessive or not realistically connected.

For example, a person who fears contamination with germs may wash their hands repeatedly, or someone with a fear of harming their family may have the urge to repeat an action multiple times to "neutralise" the thought.

Most people with OCD realise that such compulsive behaviour is irrational and makes no logical sense, but they can't stop acting on it and feel they need to do it "just in case" - and performing the action make them 'feel 'better' in some way.

Most people with obsessive-compulsive disorder fall into one of the following categories:

Other common types of compulsive behaviour in people with OCD include:

Not all compulsive behaviours will be obvious to other people.

Some people with OCD may also have or develop other mental health problems, including:

People with OCD and severe depression may also have suicidal feelings. If you ever have suicidal thoughts or feelings you should always, where possible, consult your GP and/or the Samaritans.

It's not clear exactly what causes OCD. A number of different factors may play a role in the condition. These include:

OCD affects men, women and children. The condition typically first starts to significantly interfere with a person's life during early adulthood, although problems can develop at any age.

Find out more about the anxiety disorders

Directions to The Surrey Hypnotherapy Clinic

If you would like to find out more about how Surrey Hypnotherapist Peter Back might be able to help you, or if you are simply looking for the best help, advice, therapy or treatment, from a highly qualified and experienced Psychoanalyst, Psychotherapist, Hypnotherapist or Hypnotist, just contact Peter by e-mail, at the Surrey Hypnotherapy Clinic, Woking, to arrange an appointment to learn more about Hypnosis and Peter's own unique form of specialist, evidence based, Hypnotherapy and Psychotherapy. 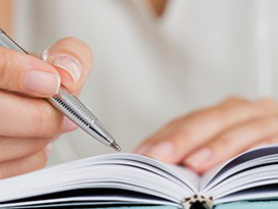 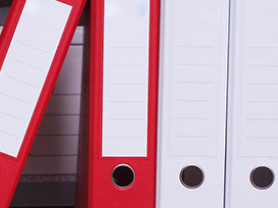 Back to Anxiety Disorders - Best Help, Advice, Therapy and Treatment