Most people experience periods of Hypnosis many times during the course of their usual wakeful day, certainly at least two times, when they pass through a transient intermediate state of Hypnosis, upon waking up (the Hypnopompic state), and when falling asleep (the Hypnagogic state).

Hypnosis is a perfectly natural phenomenon, and a natural manifestation of the mind at work. A person in Hypnosis is very aware. All the sense are enhanced, smell, hearing, etc. They can converse without disturbing the state, they know what is being said and can remember it afterwards if they want to.

The visible signs of Hypnosis to the operator (i.e. the Hypnotist) are variable: flickering eyelids, swallowing, facial flush, slower breathing, etc. and are dependent upon the individual subject concerned.

Similarly, for the subject, there is no one particular feeling associated with being in Hypnosis. Different people respond, well, differently. The feelings can be very slight or very evident to the recipient, for example: possibly a heavy or a light feeling in limbs or body; or tingling sensations (pins and needles) in extremities; or a slight tickling sensation on face or anywhere; or perhaps a feeling of falling or sinking into the couch; or a floating feeling; or a disjointed feeling of limbs, etc.

Most people have at least some appreciation of the existence of Hypnosis and the effects that may be produced using Hypnosis; through having watched shows that make use Hypnosis, such as Paul McKenna’s stage show. Far fewer people have any appreciation at all of the therapeutic use of Hypnosis, in providing positive assistance to people.

However, Hypnosis can be of tremendous benefit in providing relief for physiological symptoms that are psychically caused (i.e. non-medical symptoms), and for assistance with any problem where emotional or psychological unconscious forces are involved.

However, by itself, Hypnosis is just a very pleasant relaxed state with, apart from helping to the body to temporarily escape from stress, little therapeutic value.

Why is Hypnosis so successful ?

Accept for a moment that, for the sake of convenience, the mind (the human psyche), consists of two parts, the conscious part and the unconscious part.

Because of the need for ‘instant control’ (for example, removing a hand from hot water), the unconscious part of the mind has no real critical or reasoning capability, or power over itself; “it either does…or it doesn’t”; “it is…or it isn’t”. The more you think of this the more you realise that this is just as it should be; with those pressing millions of functions to carry out, the last thing we want is indecision.

Accept also that it is possible for each part to influence the other part. For example, the hand-eye co-ordination required for juggling skills can be improved by practice, to a point where numerous balls may be juggled, and specialised tricks performed, without having to consciously think about the specifics of the actions required. The unconscious part of the psyche has effectively been programmed by the conscious part of the psyche, by constant repetition of the desired outcome.

Similarly, the unconscious part can influence the conscious part of the mind. An example might be one of a situation where you are driving along a road, thinking about nothing in particular, possibly driving ‘on auto-pilot’ with little conscious awareness of the activity of driving, when suddenly the view that you see ‘reminds you’ of a holiday in the past, and the next thing you are thinking about the holiday (at the same time, of course, having delegated the control of your vehicle to the unconscious part of your mind!).

Whilst driving along, you haven’t been consciously wondering ‘does this view remind me of anything that I have seen in my life?’ Instead, your unconscious has taken upon itself to interpret the scene and locate a similar memory within the unconscious, and it has decided to present the memory to the conscious part of your psyche, for its further consideration. It is this kind of processing that is leveraged by the transformational therapies, such as Analytical Hypnotherapy or Hypnoanalysis.

So, to answer the question. Hypnosis is successful in treating matters of the mind not particularly because of the immediate benefits associated with the Hypnotic state, but because it facilitates a process of direct therapeutic communication with the unconscious part of the mind.

For professional, caring and confidential help, adviice, therapy or treatment, just contact Peter, preferably by e-mail, to arrange an appointment for your free initial consultation.

Where is the Surrey Hypnotherapy Clinic? 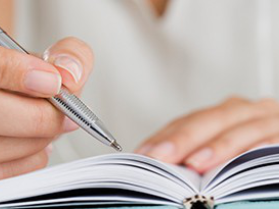 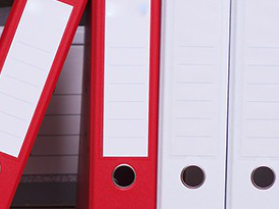 More about Symptoms &Therapies...
Back to Articles